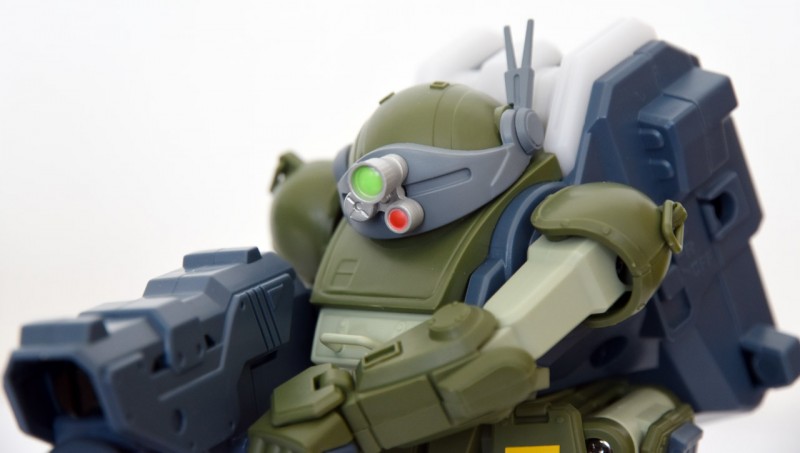 Following the unboxing, here are the hugely fun Gagan Gun Scopedog toys from Armored Trooper VOTOMS. Like the base Gagan Gun toys, these also have an inbuilt game that you can play where they zoom around and shoot one other with infrared beams. The result is surprisingly compelling and doubly so when you consider how affordable they are.

It could be argued that the whole approach that VOTOMS took to its armored trooper, or AT, combat inspired toys like the Gagan Gun. In that sense, having a Scopedogvariant almost brings the toys back to their point of origin. If you’re not familiar with combat in VOTOMS though, then check out the following from the brutal Roots of Ambition OVA.

While these toys don’t fire live ammunition, you can can still shoot at one another and the result is something that looks and feels like the anime above but without the bodycount and trauma. 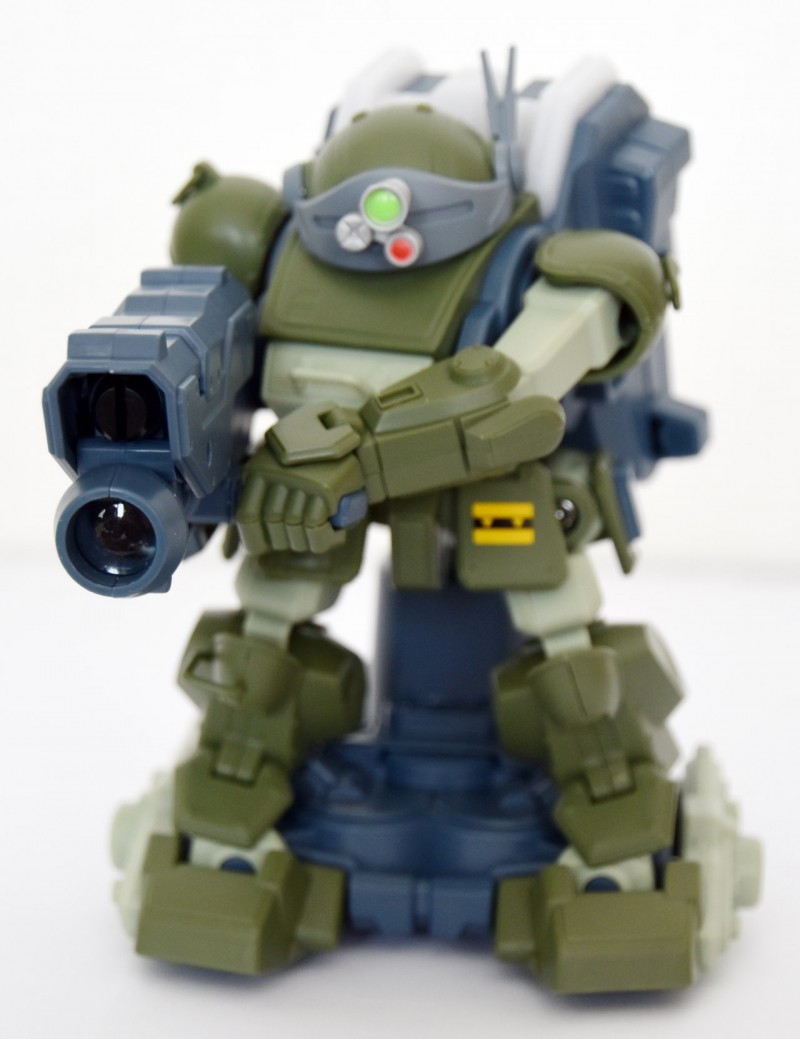 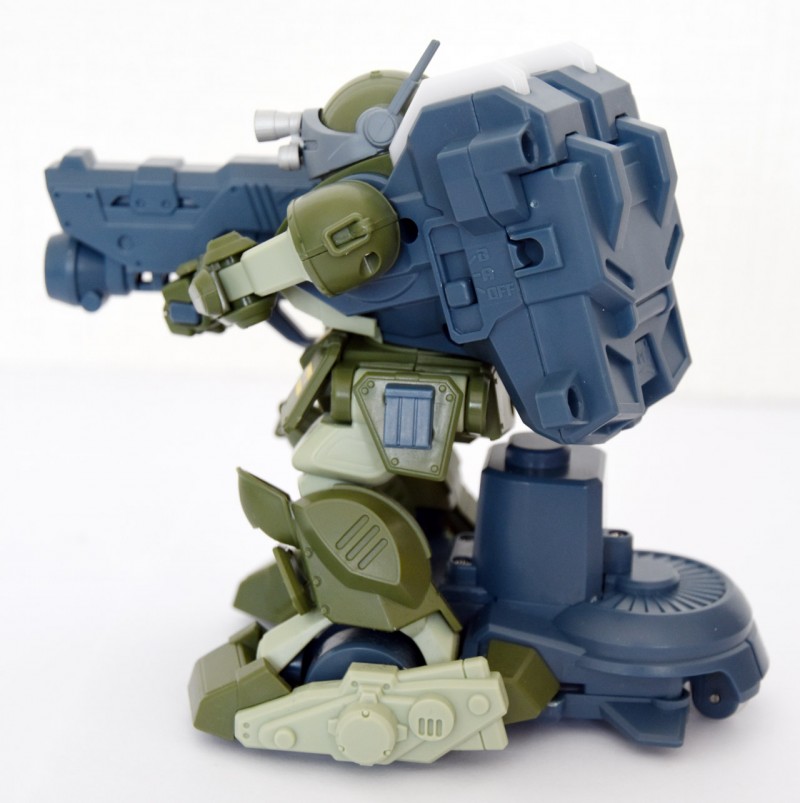 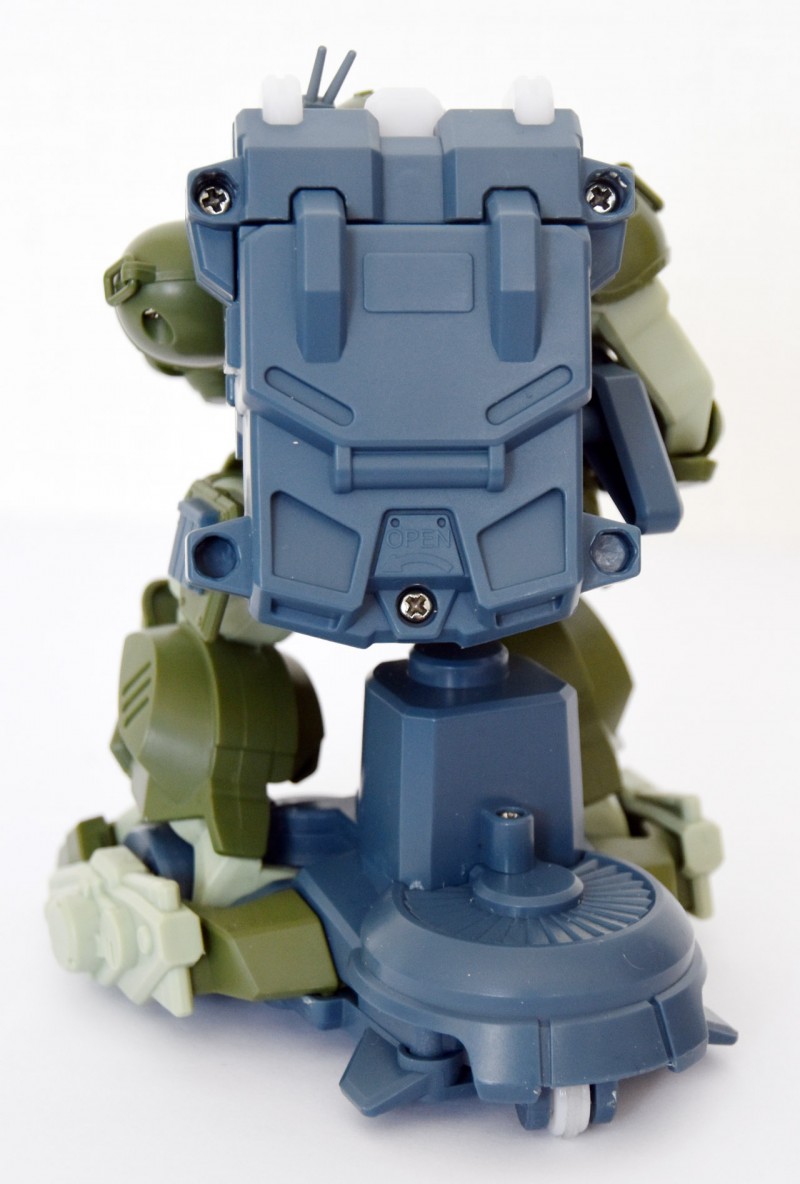 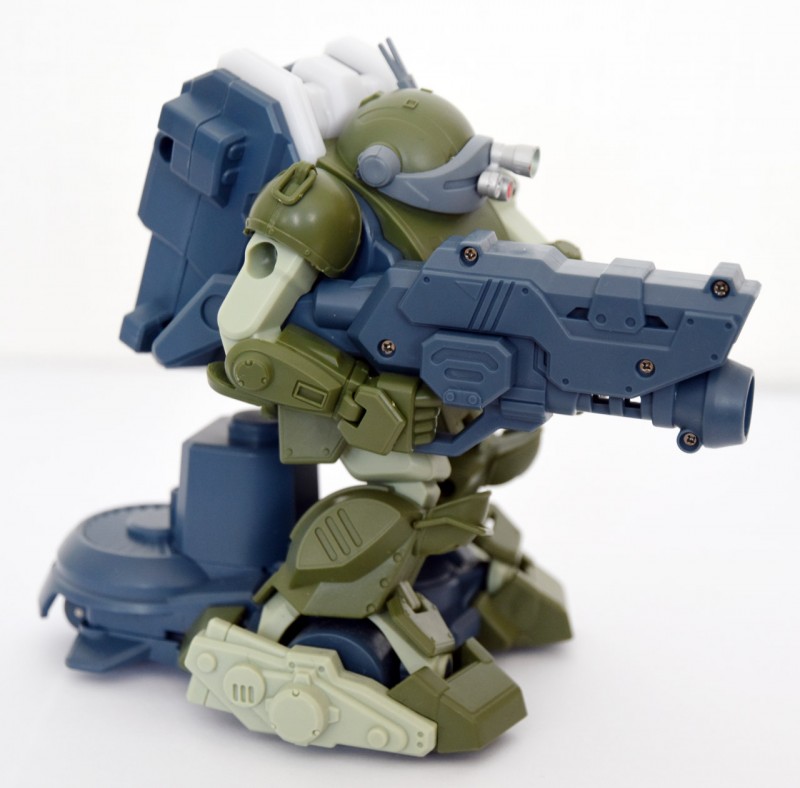 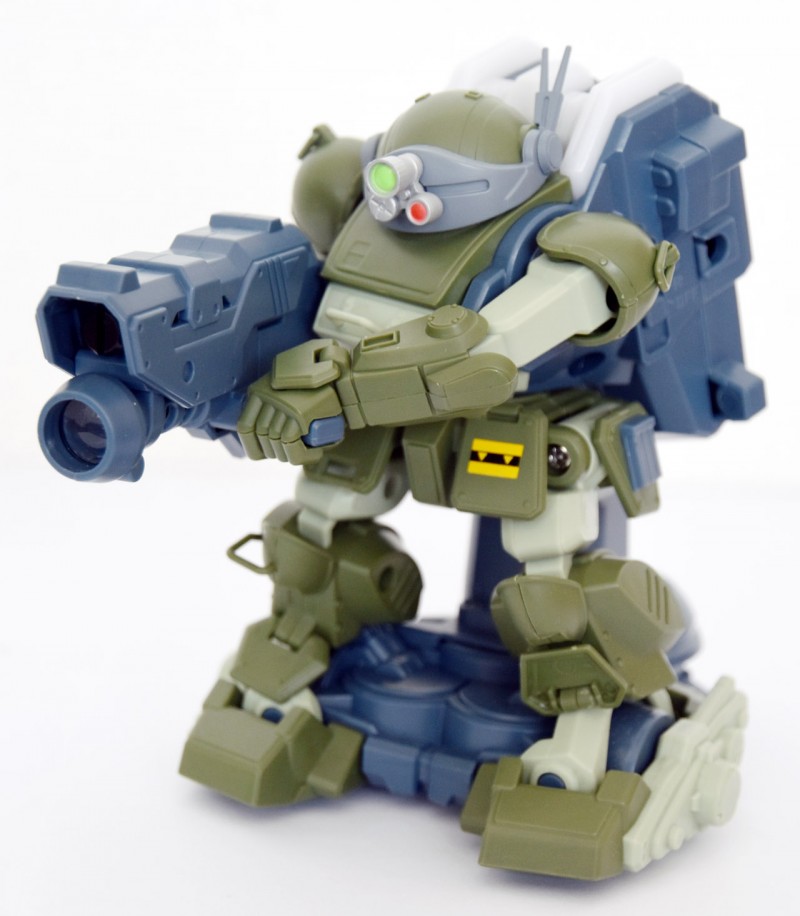 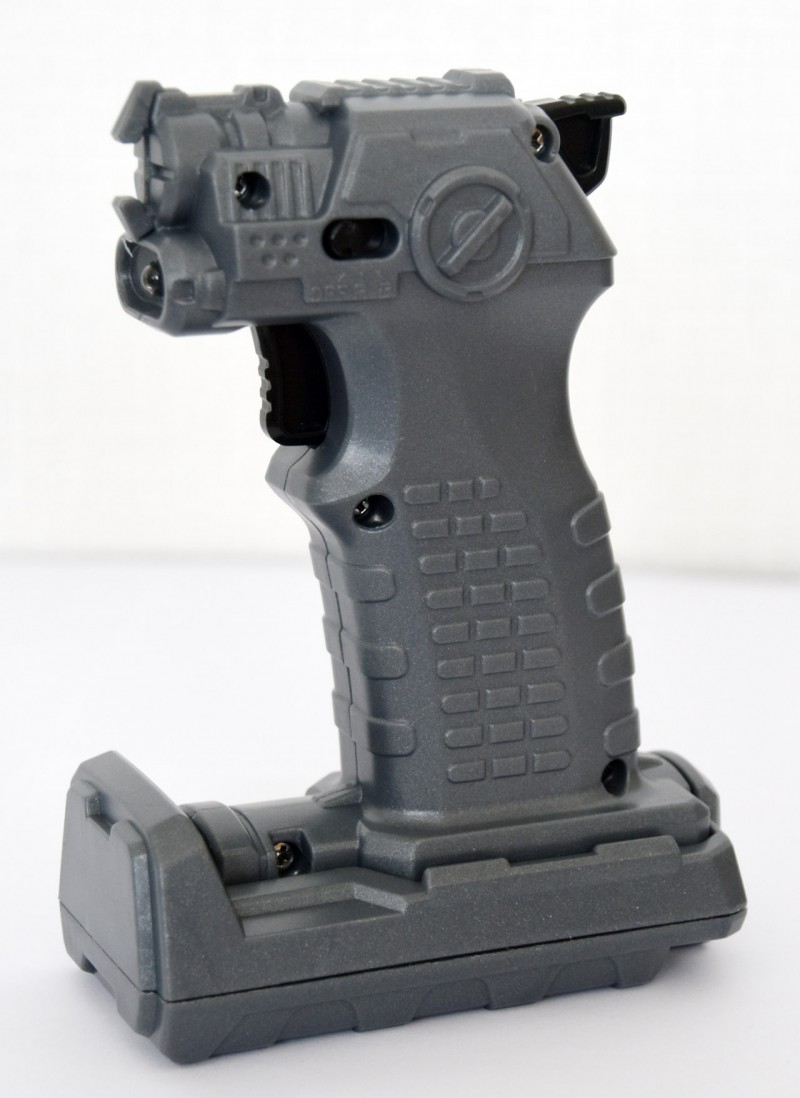 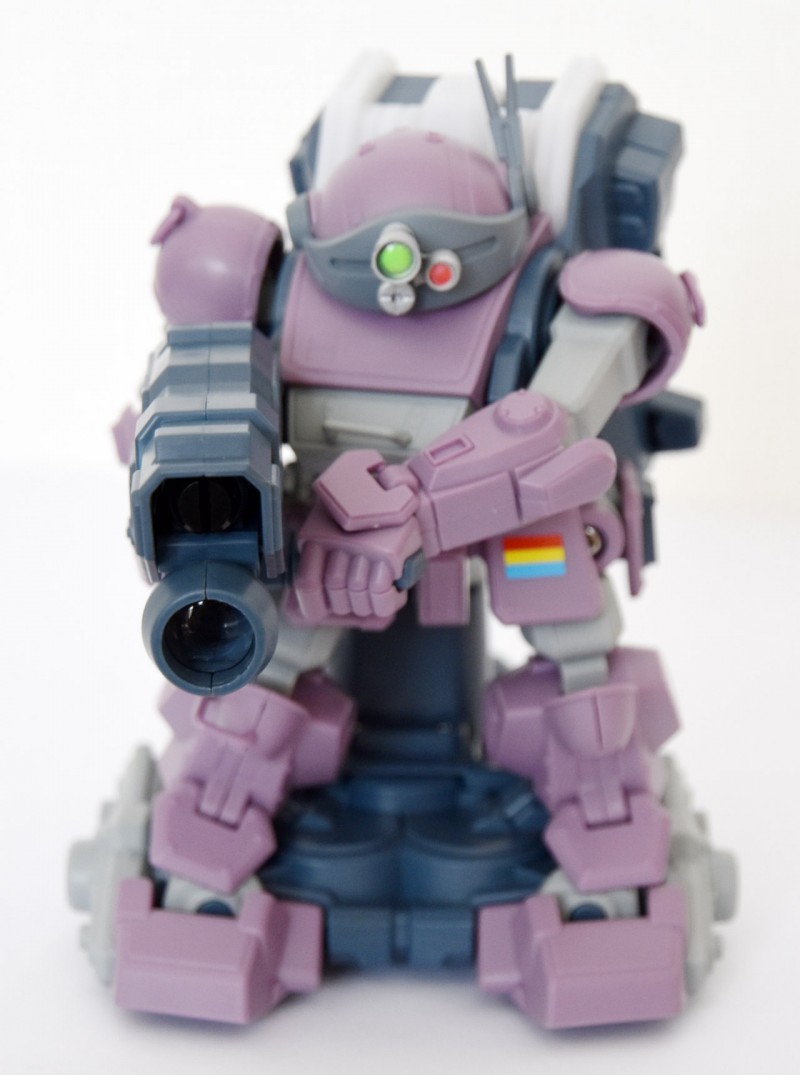 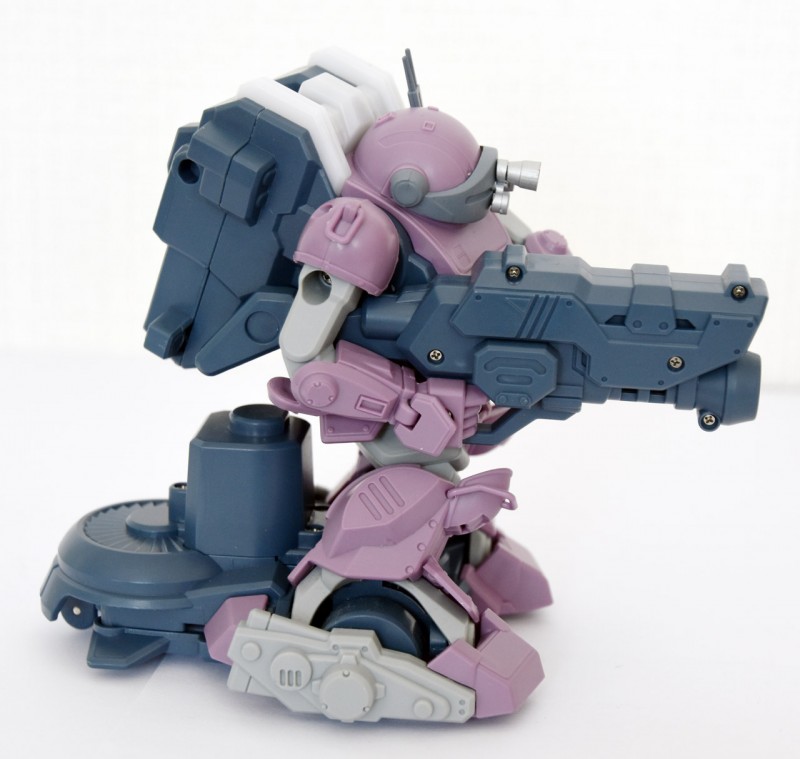 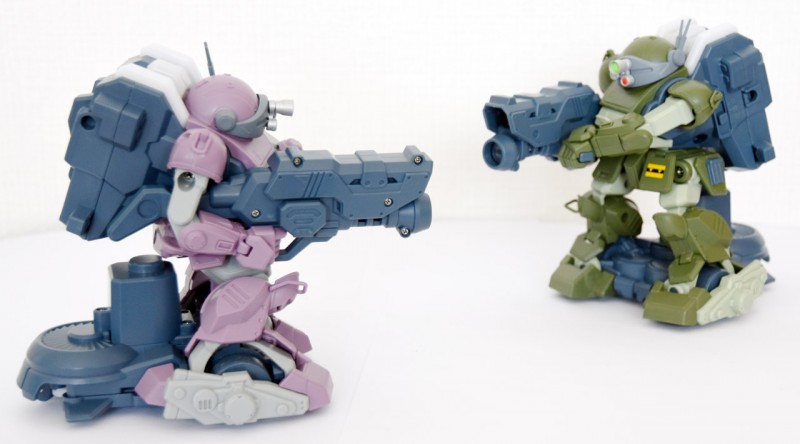 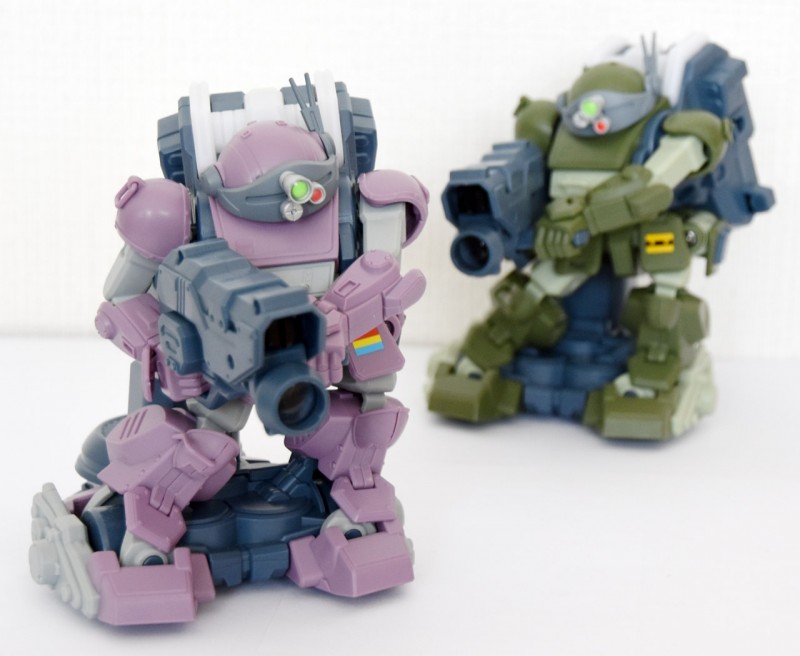 The toys themselves require minor parts assembly out of the box, so as to attach certain armor plating over the hands and feet. In addition, you will need 5 x AAA batteries to power each toy, 3 for the Scopedog and 2 for the controller.The controller has three main functions: movement, firing, and reloading. The sounds also solely emanate from the controller as well.To move, you tilt the controller left or right to turn in the following direction. You cannot move in straight lines, nor can you reverse but with a small amount of practice you can shimmy left and right like a pro. The result looks like the anime and makes the subsequent combat more skill based.Each of the guns fire infrared beams that the other Scopedog registers. The fact the toys use infra-red for the control means you can only have one Scopedog on either side (denoted via A or B on the toys and controllers).

If you hit your opponent, then that is registered and reduces their health. If you run out of ammo, you then have to reload which renders your Scopedog briefly prone. Once the health is entirely depleted, the Scopedog will limp in a small circle and take no further input (until it is reset).I found you needed a decently large area to play with these Scopedogs but the resultant battling was a lot of fun.

In a lovely twist, the classic Kunio Okawara design was also updated by the man himself and is known as the ATM-09-GGG Scopedog (rather than the more traditional ATM-09-ST Scopedog). This is because it has a different gun and an additional backpack and housing for the feet.The sculpt and detailing of these toys is also a lot nicer than I was expected and they move around very nicely. As they shimmy around, the whole body and legs shift into the turn which gives the toy a nice kinetic appearance in motion. The speed is also well done and doesn’t feel at all sluggish.

Overall, these are great Scopedog toys to play with. They take a little practice to move around but once mastered you feel like Chirico Cuvie in no time at all. The other main bonus here is that these toys are both very affordable for what you are getting. While the batteries are sold separately, what you are getting here makes the previous Yamato attempts look really dull and for a fraction of the cost. So if you like VOTOMS then these are worth getting, but if you just want to have fun blasting each other with robot toys, then these have you covered.